the careyvan
Explaining a one-sided view of American expansion 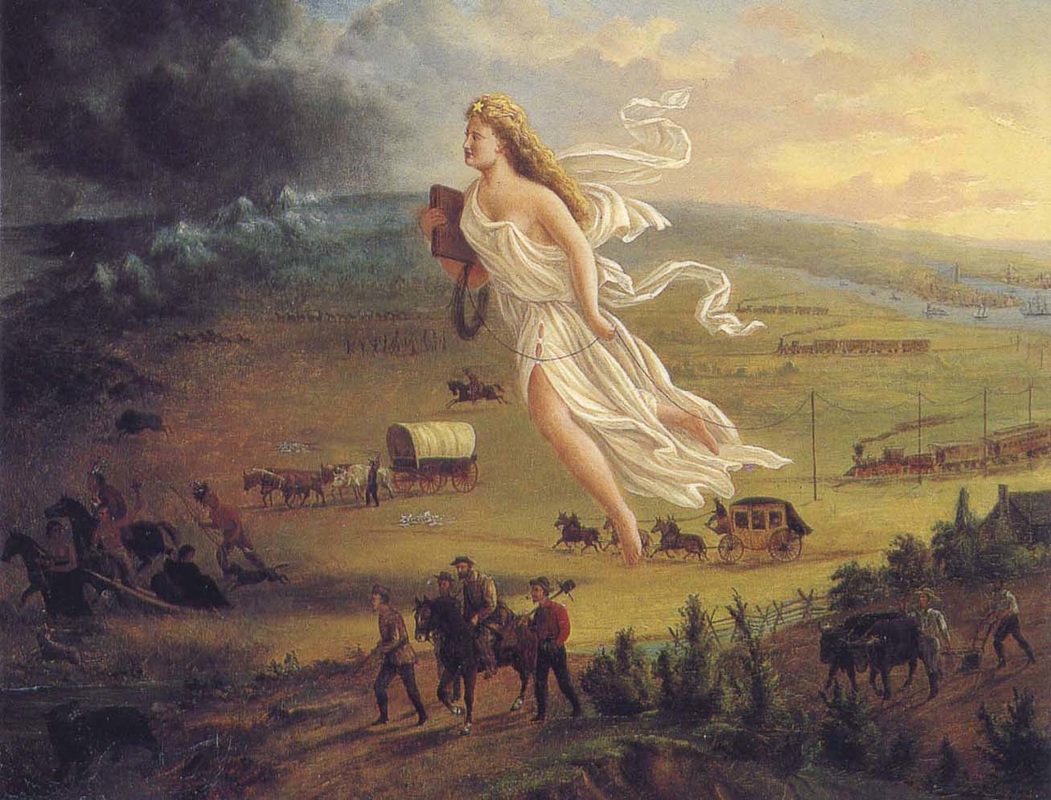 American Progress, a painting created in the 1870’s, portrays a meaningful procession of pioneers, prospectors, trappers, and farmers going out to civilize the wild and dark west.  Painted by John Gast, a very patriotic citizen, the painting is a one-sided view of American progress, hiding all the backstabbing, fighting, stealing, and tricking that went along with westward expansion.  Manifest Destiny, an idea that westward expansion needed to happen, is shown in the painting by having “Lady Liberty” guide the advancement of the white man coming out to the west.  In the painting, it is clear to see that Lady Liberty is carrying telegraph wires, and with her are coming steamboats and trains. To me this means Lady Liberty will bring the achievements of the white man, and use them to help develop and dominate the land.  Another idea that you can see in the painting is that the west needed to be “civilized”.  That is shown when Gast painted the west as a dark dreary and unsafe place and the east as a light, farmed land.  When looking at the painting, you will also see that the Native Americans appear to be running away from civilization.   In reality, the Native Americans land is taken and most are forced on to reservations, where they won’t be allowed to roam free.  In my opinion, Gast is showing a wrong and biased view of westward expansion in a peaceful way and does not include the killings and battles that happened to the Native Americans, which ultimately destroyed their culture and civilization.