Even though though the Saber Tooth cats and the Canadian Lynx may look very different, and live in time periods very far apart from each other, they both have similar adaptions and behavior.  The Saber Tooth cats and the Canadian Lynx have similar adaptions that are useful for hunting, as they’re both carnivores and their social life.  For instance, the Lynxes small, slender body allows it to stalk its prey silently, while the Saber Tooth cat’s bigger but still silent body allows it to pounce on its larger, mastodon prey.  They also have a similar body shape.  The Saber Tooth has paws that allow it to walk silently, and the Lynx has thick fur that helps to insulate itself in the cold winter.  Both animals -the Saber Tooth and the Lynx- are carnivores and can hunt solitarily.  They will also live wherever their prey is: the Lynx can be found in the snowy Canadian tundra where the hares are, and the Saber Tooth cats lived where the mastodons ruled; the grasslands and forests of North America.  They will also not hunt by running, but will use the stalk and pounce method.  That means that the Saber Tooth cats  will hide and wait until there prey comes closer, then will pounce on it from a tree; while the Lynxes small body allows it to get close to its prey before it pounces. 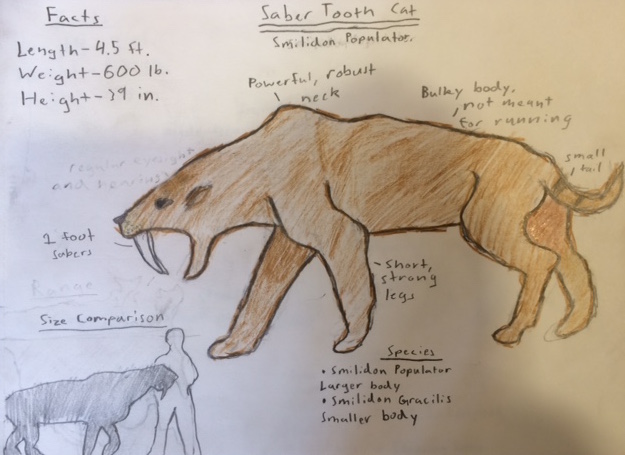 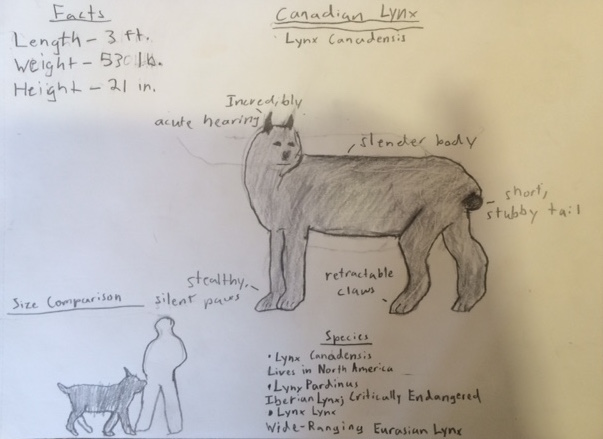